Spring Allergies:
History, Myth and Jokes at Your Expense 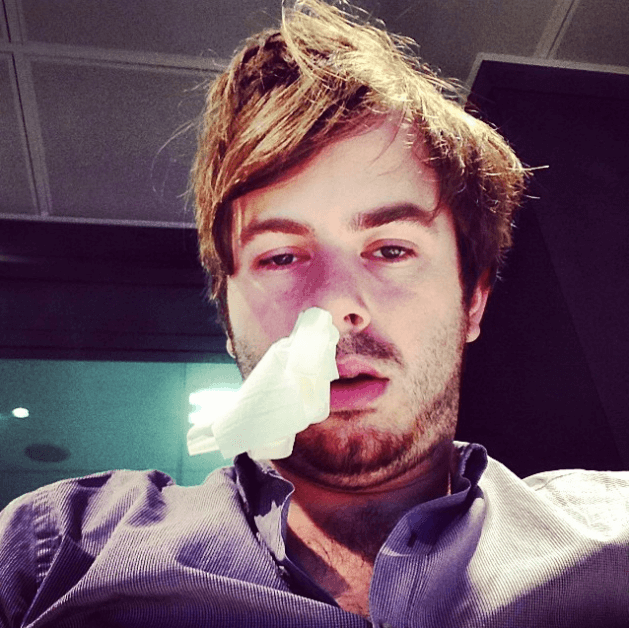 Allergies Suck! Or more accurately, they blow. Literally. If you’re sneezing and sniffling this spring, you’re not alone. A whopping one in five people in the U.S. (that’s 20% for math lovers) suffer from seasonal allergies. And, while you’re wiping your nose, know this: a study by the National Center of Biotechnology Information discovered that seasonal allergies cost American companies an average of $593 per employee in terms of the productivity lost due to diminished work or absence. And here’s two more stats for you: Americans use upwards of 255,360,000,000 disposable facial tissues per year. And in the UK, 2,500 accident a week are blamed on nasal issues such as sneezing, blowing your nose and hunting for that Kleenex box under the seat.

So, it’s fairly accurate to say that allergies play a large role in our lives and environment.

As someone that has been plagued by this for most of my adult life, I want to give you some good information about allergies, as well as dispel a few myths along the way.

First of all, let’s talk about what seasonal allergies are. When this term is thrown out, what we’re really talking about is Seasonal Allergic Rhinitis (hay fever), which is an allergic reaction to substances that you inhale, such as pollen. This is not to be confused with Perennial Allergic Rhinitis, which happens year-round and is caused by other allergens such as dust mites, mold or pet dander.

When a person breathes in an allergen, the body’s immune system releases antibodies called IgEs (Immunoglobulin E.) These antibodies travel to cells that release inflammatory chemicals, among them histamines, which causes an allergic reaction. 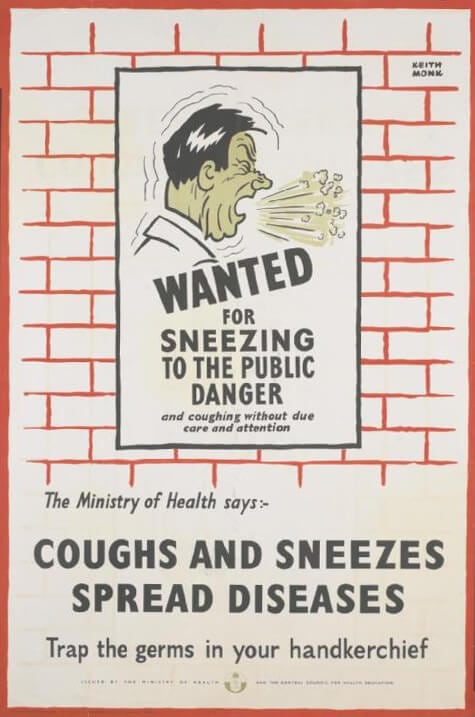 Okay, enough of the medical talk. You just know that when this occurs you’re miserable. I feel your pain. But you can be comforted in knowing that you share an affliction with folks from history. Yes, allergies go WAY back. As far back as 2700 BC the Chinese had discovered that Ma Huang (Ephedra) relieved congestion. A big shout out goes to Shen Nong, the father of Chinese Herbal Medicine for this discovery. Of course, he also has to shoulder some of the blame for the meth problem we now have. (Just kidding, Nong!)

In the 10th century, the physician Rhazes put forth the first accurate description of the problem in his seminal piece, “A Dissertation on the Cause of the Coryza which occurs in the spring when the Roses give forth their Scent.” It wasn’t a big hit on Amazon due to its long title, but it coined the term, “Rose Fever.”

Even though so many people have allergies, or because of it, there are a lot of myths surrounding this acerbic ailment.

Myth Number One: Allergy medication should only be taken during an allergy attack.

Actually, the opposite is the truth. Experts state that allergy drugs are most effective when already in person’s system prior to an allergy attack when they are exhibiting no symptoms.

Myth Number Two: Flowers cause the majority of allergic breakouts.

Take time to smell the roses. That’s my advice. Because the truth is that flowers aren’t the cause of your allergies. You see, it’s because the pollen those flowers produce isn’t passed around by the wind. It’s carried by bees and other insects. If you need to blame a plant, blame trees. Tree pollen is most commonly spread through the air and up your unwitting nose.

Myth Number Three: You can build up a tolerance to certain allergy medications.

As Benjamin Franklin was so fond of saying, “You’re Wrong.” I actually don’t know if Ben went around saying things like this, but he seemed to be rather arrogant and he’s not here to defend himself. While this is one of the most prevalent beliefs, the truth is that people don’t develop a tolerance to the drug, but rather their exposure to the allergen has increased or their allergies have gotten worse. 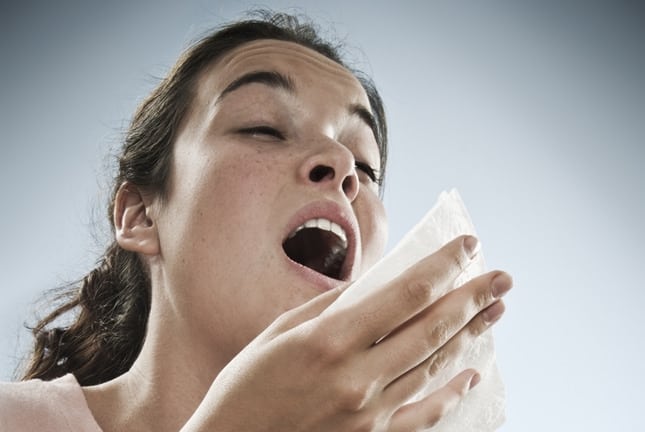 Do You Have Any Good News? (Sniffle..)

Why yes, I do. If you’ve tried EVERYTHING and nothing seems to have worked, there are now some other options. Allergists (doctors that specialize in sneezing), have started recommending the use of immunotherapy (aka “allergy shots.”) You’ll be injected with small doses of the very allergen you’re allergic to. While you may have heard about this for food allergies it also works with airborne allergens such as grass, tree, or weed pollen. While immunotherapy treatments can take years to work, the idea is that repeated injections allow the body to build up a tolerance to a specific allergen.

You may also be able to treat your allergies with sublingual immunotherapy. This works on the same principle as the above injections, but instead you place a pill containing a small amount of the allergen under your tongue where it dissolves and enters your system. This method is much easier to administer and could therefore be more effective when taken consistently over a period of time.

Of course, there is the third option of wearing an air filtration mask around all day, every day. You may scare a few people on the train or at the office, but I’m sure your family will still love you.

So there you have it. All you ever needed to know on the subject of allergies. If you’ve gotten to the end of this article, that probably just means that you’ve already found a good allergy treatment and therefore didn’t need to read this article in the first place. But, at least you’ve learned some great facts that you can spout out at the next cocktail party. You’re welcome!