How to Preserve Family Memorabilia

Recently, my brother had a milestone birthday. Rather than buying yet another gadget or device he didn’t need, I wanted to do something memorable for him. I eventually settled on the idea of making a video slideshow. 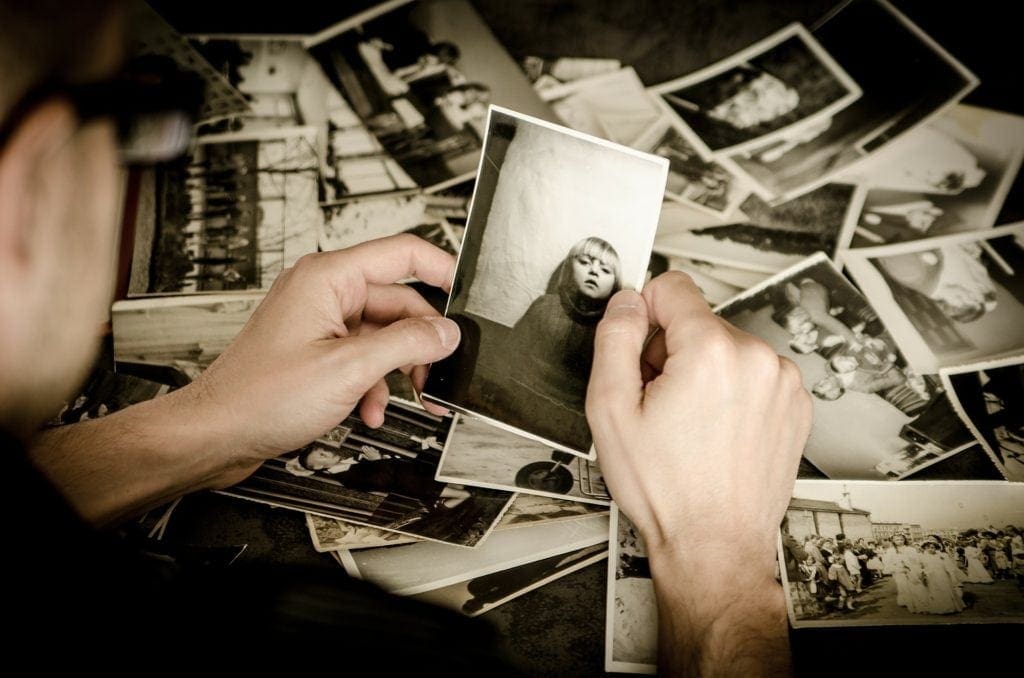 How (Not to) Store Photos

I thought this would be an easy project. After all, after our parents passed away, I was somehow bestowed with the title of family historian, which meant I was designated the keeper of the family memorabilia, which included a massive photo collection. This collection came in the form of a few boxes of loose photos and over twenty carousels of slides, amounting to almost two thousand slides, and was originally stored in our family’s climate-controlled basement. But when we moved across the country, our new home didn’t have a basement, but rather a large crawlspace. While this was not well-insulated, it did have a plastic vapor barrier covering the ground. I posited that this would be a safe spot for my family heirlooms. Unfortunately, I was wrong. The crawlspace ended up being very damp and moldy, which in turn made everything stored in there damp and moldy. I cursed myself for putting these treasures in such a place, wishing I would have rented a climate-controlled storage unit that would have limited their demise.

I held my breath as I opened the first box of slides. Upon inspection, they had quite the mildewy aroma. But other than that, they were in okay condition. Then I dug out my dad’s old slide projector and set it up. Sadly, it didn’t fare as well. Time and perhaps the storage conditions had taken their toll on this device and the machine would no longer move the carousel from slide to slide.

So, it was time to hit eBay and see if anyone was willing to part with their old Kodak projector. Much to my surprise, there were several available and I got one for only $40. I was very pleased. In a few days, it arrived and I began the process of going through every carousel, slide by slide.

While this project started as a way of giving my brother a great present, it ended up being a great present for our family. During the days that I went through the slides, occasionally my kids and wife would join me in our bonus room to watch the images appear on the wall. I would narrate the scene for them to give them context to what they were seeing. Reliving those memories for me and being able to share them with my family was a wonderful experience. A particularly interesting series of slides got my attention. They were of my parents and some friends in a place that seemed familiar. One slide showed them at the beach with winter coats on. Another was at a waterfall. The next was at a mansion. I quickly realized these were photos of my own Portland, Oregon. I had no idea that my parents had ever gone to Portland, as it had never come up and they passed away before my family moved here. It was certainly a surprise and a thrill to know that my parents and I shared a common love of Oregon. 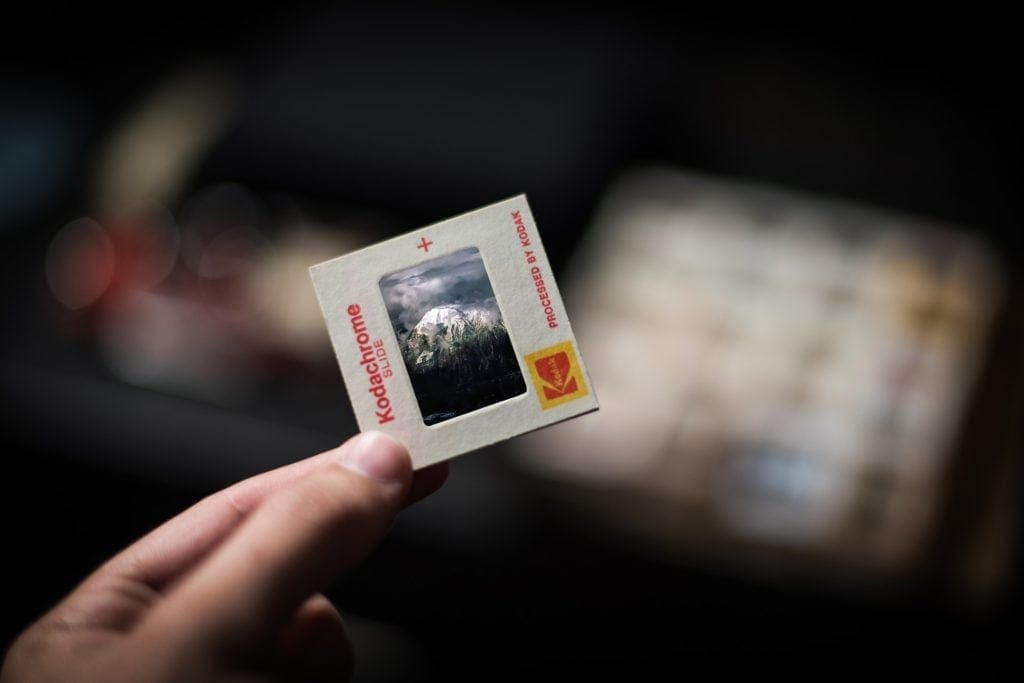 How Valuable Are Your Memories?

As I continued the process of loading carousels and watching slides, I would occasionally pull out slides of my brother as a baby, as a teen, and as a basketball star to be used in the slideshow. But I soon realized that I needed to do something with the whole collection of slides to ensure that they didn’t degrade even more. I started researching how to convert slides into digital images. There turned out to be several companies dedicated to doing just this, and the costs varied from $.25 per slide all the way up to $.50 per slide. With two thousand slides, the cost of converting these was going to be considerable.  I settled on Costco to do the conversions since I trusted the name and the cost was at the lower end of the spectrum. Costco did a fairly good job of converting them, given their age and condition. I was given DVDs of the images and was able to pull out the ones I needed for the slideshow.

In addition to the slides, we also had over fifteen videotapes chock-full of memories. Our dad was a fascinated with the latest technology and had purchased one of the very first portable videotape recorders on the market. While the quality wasn’t great, and a few of the tapes wouldn’t play due to a buildup of mold in the case, I was able to uncover some great moments I knew needed to be added to the slideshow. So again, I had to get these converted. This time, instead of going the professional conversion route, I decided to do the converting myself to try and save a little money. I discovered that there were inexpensive devices that were cable of taking the analog video signal from a VCR and converting it to a digital file. I decided on the Honestech VHS to DVD converter. For $50 I was able to convert over 90 hours of VHS tapes to digital file. They turned out as good as could be expected given the sorry original condition of the tapes.

With both my slides and videos converted, I turned my attention to the loose photos that we’d amassed. These were the simplest of all to convert. Given the advanced technology of printer/scanner/faxes, I already owned a Brother all-in-one, multi-function printer that could scan up to 1200 x 2400 dpi, so this was more than enough to accommodate my needs. I ended up scanning them at 600 dpi, which made the files manageable size-wise, but large enough resolution-wise to make them look decent in my slideshow. 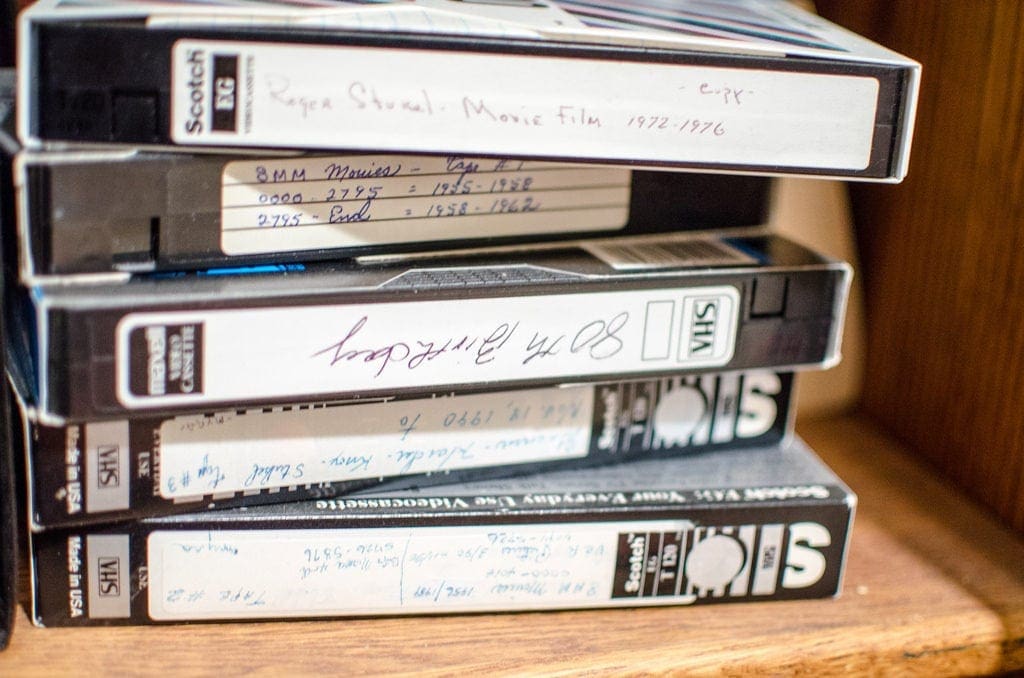 With all my media digitally converted, I started assembling the slideshow. I used Microsoft’s Movie Maker because it’s free and simple to use. Since this software is no longer available, you might want to try VSDC Free Video Editor. I didn’t really have a time limitation like I would if this were for a presentation, so I decided to use almost all of the photos and video clips I had pulled. I then found some music to put underneath, aiming for tunes that pulled at the heartstrings just enough, but not too much. Several times in the process of making the slideshow I had to stop myself from completely breaking up as I re-experienced all those memories of my family.

Once I finished, I created a digital copy and sent it off to my brother’s wife with instructions that it needed to be watched by his entire family. I received a call from him the night of his birthday. He thanked me profusely for the gift, saying it was the nicest thing he’d ever gotten. His wife chimed in that he’d even shed a tear or two during its playing. That was all I needed to hear to know that my time was well-spent. I’m also thankful that this process forced me to convert all our family archives to a lossless technology. I’ve since made several copies for myself and other family members to ensure that these photos and videos stay in the family for generations to come.

Convert it or Store it

If you’ve got similar stores of photos, slides, and videos, my advice is to act now. Either get them digitally converted as soon as possible, or store them in a storage facility that offers climate control. Your family and your children and grandchildren will thank you.