Famous People
What Would They Put in a Storage Unit?

Famous people are just like us some ways. One of those ways is that they collect stuff. They just have the means to collect a lot more of it than us. And when they run out of room to keep all their collected items in their palatial mansions, they could and should consider putting these things into a storage unit.

We decided to have a little fun and create a list of famous folks and what they might put in their storage units. 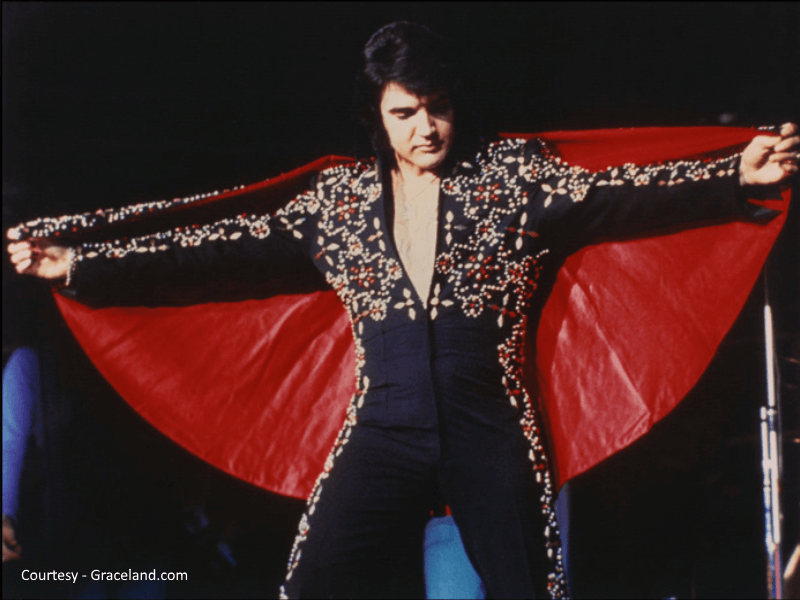 You can only imagine what the King would store in his storage unit. We imagine racks of those jumpsuits that Elvis used to wear. Ever wonder how Elvis came to start wearing those sequined jumpsuits for his performances? The story goes that when Elvis was preparing for his 1968 NBC Comeback Special, he wanted a look that was different than the stuffy tuxedos other performers were wearing at that time.

So, he met with famed costume designer Bill Belew, who had designed outfits for Josephine Baker, Ella Fitzgerald and other celebrities. Elvis wanted an outfit that would allow for a lot of movement on stage. Belew designed a tight-fitting, black leather jumpsuit with high Napoleanic collar that would become his signature look later on. Subsequent Belew designs included pointed sleeve cuffs, wide belts, capes decorated with gems, and embroidered sequins and rhinestones. 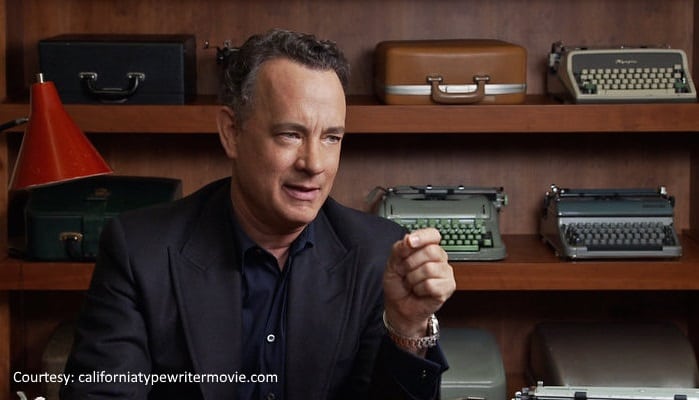 Tom Hanks, the star of such great movies as Cast Away, Sleepless in Seattle, and Saving Private Ryan, could definitely use an oversized storage space. Why? Because Tom is an avid collector of manual typewriters. Tom’s fascination with typewriters came about back in 1978. He had purchased a cheap plastic construction typewriter and needed it fixed. He took it to a typewriter repairman in Cleveland who told him he owned a “worthless toy” and proceeded to point to a wall of typewriters behind him to show him what real typewriters looked like.

Tom walked out with a Hermes 2000, which became the cornerstone of his collection that now amounts to over 270 typewriters, a number that fluctuates because Mr. Hanks often gives typewriters away to people that show an interest. He says that the sound a typewriter makes and the idea that you’re in control of the machine are what attracts him to collecting manual typewriters. 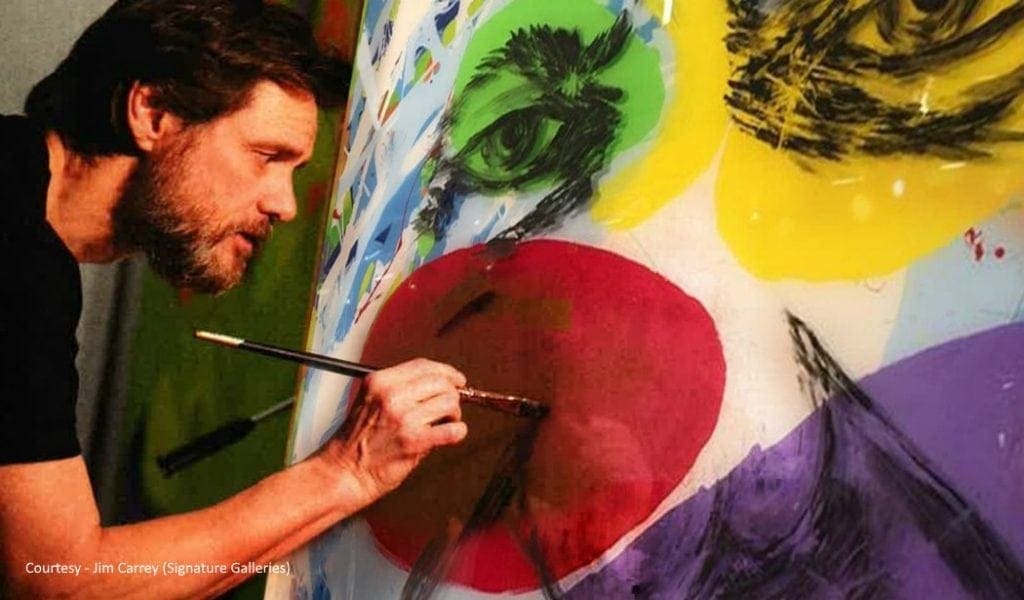 Another actor that needs no introduction is Jim Carrey. The incredible talent behind such flicks as The Truman Show, Ace Ventura, and Liar, Liar has a secret that was recently revealed. He’s an avid painter and artist. Jim had always been a sketcher, but it wasn’t until a particularly difficult period in his life 7 years ago that he decided to express what he was feeling on the canvas. In a People magazine interview, Jim explains, “I like the independence of it. I love the freedom of it. No one else tells you what you can or can’t do, most of the time. And there’s an immediacy to it.” A recent short film by David Bushell highlights Carrey’s new-found passion. In it, Carrey explains, “Something inside you is always telling a story. I believe every single thing that you see and hear is talking to you.” Since he started painting and sculpting, he has created a large number of good-sized works that need to be housed somewhere. A big storage unit would do the trick. 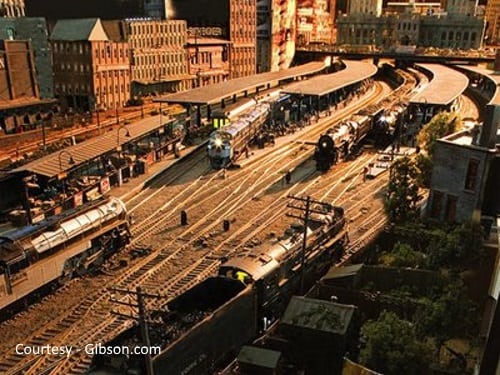 When one thinks of Rod Stewart, one doesn’t immediately think “he must collect things.”  And when they find out WHAT he collects, they’re even more astounded. But we’re here to break the secret: Rod Stewart collects model trains!  It’s not that model train collecting is that odd. It’s actually one of the more collected items. Stewart’s collection stems from his childhood growing up in London. His parent’s shop was next to East Coast Main Line (part of British Rail), so Stewart got to see a lot of trains. The East Coast Main Line (ECML) became the model for his first model train layout that he created at his home in Essex. Each of the pieces in Stewart’s collection is hand-built with meticulous detail by Stewart himself.  The word is, his collection is huge and would need more of a warehouse than a storage unit.

Stewart’s love of collecting doesn’t start and end with model trains. He is also an avid collector of marble sculptures, soccer shoes, 18th-century furniture, and pre-Raphaelite paintings (he claims to have one of the largest collections in the world.) 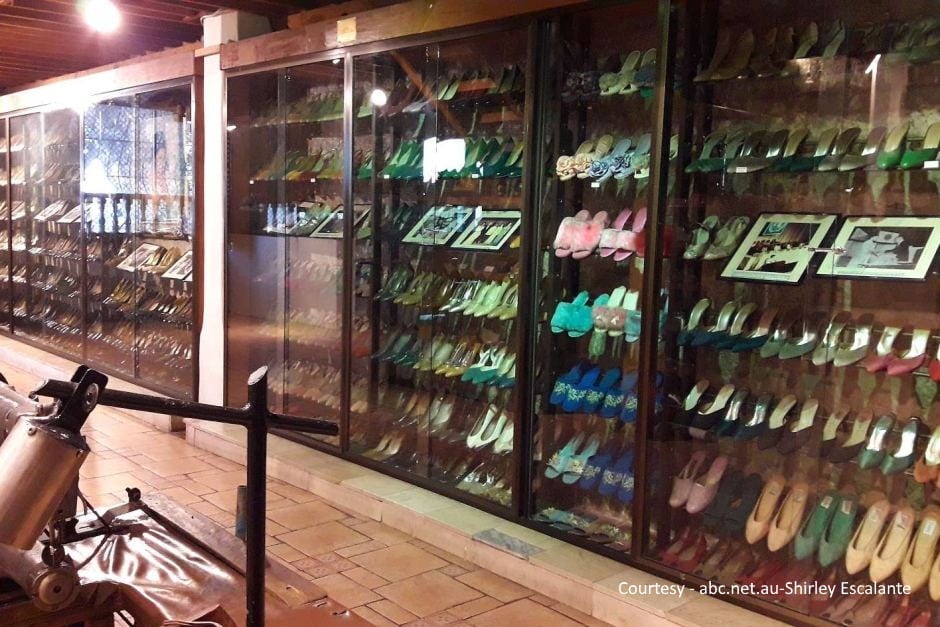 For anyone that was around in the 80s, it’s hard to forget the news that came out of the Philippines. In 1986, the leader of the Philippines, Ferdinand Marcos, was forced out of rule after 21 corrupt and brutal years. When the liberators stormed the Malacanang Palace, they discovered that his wife, the first lady, Imelda Marcos, had amassed some 2,700 pairs of shoes. Imelda had always been known for her extravagant lifestyle and love of shoes, but no one was prepared to find this massive collection. The shoes Mrs. Marcos collected were not your everyday garden variety shoes. These were shoes from the best designers in the world, including such brands as Givenchy, Ferragamo, Christian Dior, Chanel, Charles Jourdan and Bally, with her favorite being a pair of black pumps from Italian shoemaker Beltrami.

If you would like to see some of her collection, you can visit the Marikina Shoe Museum in Marikina, Philippines, which has 800 pairs of her shoes on exhibit. We can’t help but think that if she would have just invested in a large storage unit (climate-controlled of course), these shoes would never have been discovered. Imelda’s loss is our gain. 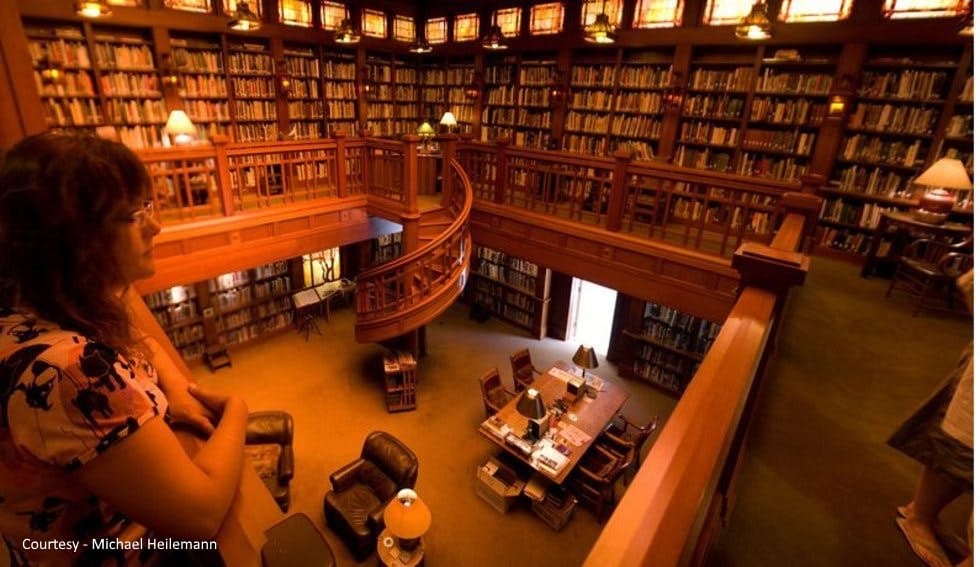 If anyone needed extra storage, it would be George Lucas. Lucas has amassed more than 27,000 books, which he keeps in the library of his Skywalker Ranch in Nicasio, California, north of San Raphael in Marin County. In addition to his large book collection, Lucas also has over 17,000 films, as well as photographs, press clippings and other media. At the risk of throwing out an overused pun, someone needs to tell Lucas to use “the force” and move his collection into storage!