At Red Way Self-Storage we understand the needs of our Southeast Redmond, WA self storage customers and have built our storage facility with exactly those needs in mind. We offer a wide range of unit rental sizes so that you can store anything from a small closet space of items to the contents of an entire house. Modern features like heated spaces, high-tech security, individually alarmed storage units, and covered loading and unloading areas are just a few of the things that make storing at Red Way Self-Storage in Redmond, WA an experience you can feel good about.

Our professional management staff has years of experience helping people find solutions to their storage dilemmas and are happy to help you find the right storage unit to suit your needs. Call us today or reserve online and see why Red Way Self-Storage is storage your way!

As flexible as you need to be. Lease storage on a month-to-month basis with no long-term commitment.

Access to your stored items every day of every year.

Our heated storage units keep your items guarded from fluctuations in temperature.
Get Started We have features you’ll love that will help make your storing days easy and stress free. Innovative storage solutions are what we’re all about. 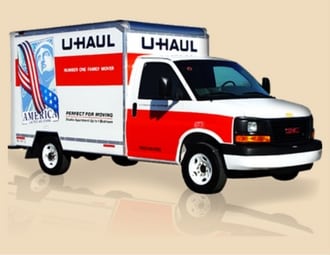 We are an authorized Uhaul Neighborhood Dealer and can provide you with the right truck to complete your move. Call us or reserve online today.

Our large inventory of storage unit sizes will fit most any need, with covered loading areas, interior heated storage and drive up access storage units. So, whether you’re looking for a mini storage unit or a large storage unit, we’ve got a storage space that will work for you. Check our Storage Unit Size Guide to see what will fit into each size unit.

Our goal is to make your moving and storage experience easier by providing excellent service and offering a wide variety of size options and storage prices to choose from. To get the latest self-storage rates and availability, visit our Rates page. Click on the “Reserve Unit” button to easily reserve a unit online. We’ll get right back to you to confirm the details. If you have questions prior to reserving a unit, don’t hesitate to call us at 425-869-4442.

About Our Southeast Redmond Neighborhood Location

We chose to build our storage facility in the Southeast Redmond neighborhood for a number of reasons. First, it’s very easy to access. We’re on Redmond Way, which is the main road leading south out of town. We’re about 2/3 of a mile from downtown Redmond.

Second, if you live in any of the nearby apartments such as Bell Marymoor Park Apartments, Reflections by Windsor, or The Bond Apartments, we’re just up the road, which makes it quick to drop off and retrieve items from your storage unit.

After you’ve visited your storage unit, you should head across the street to Southern Spice, a restaurant serving well-known Indian dishes such as tikka masala and biryani.

And if you’d rather buy your groceries, the Whole Foods Market is just north of Red Way Self-Storage.

To learn more about other areas of Redmond, read our article A Guide to Living in Redmond, WA.