In an effort to do their part to preserve the history of Seattle, West Coast Self-Storage West Seattle has made a $1,000 donation to save the Stone Cottage, a landmark home in West Seattle.

The Stone Cottage (aka the Rock House) was built by Eva Falk in the early 1930s during the Great Depression. Eva and her mother came up with the idea to adorn the façade with stones from the beach near the Alki Lighthouse. They carried 15,000 of these stones from the beach to where the home sits on Harbor Avenue SW. They were helped with the masonry work by out-of-work residents living in a nearby Hooverville in exchange for meals.

The home is a representation of the resourcefulness of these women and of their working-class community during the depression.

Save The Stone Cottage LLC has launched a GoFundMe campaign to raise the estimated $110,000 to cover the costs of moving it to a temporary location, then moving it again once a permanent location is found.

The owner of the property, Chainqui Development, has agreed to allow the house to be moved before construction begins. They’ve also pitched in a significant amount toward the cause. 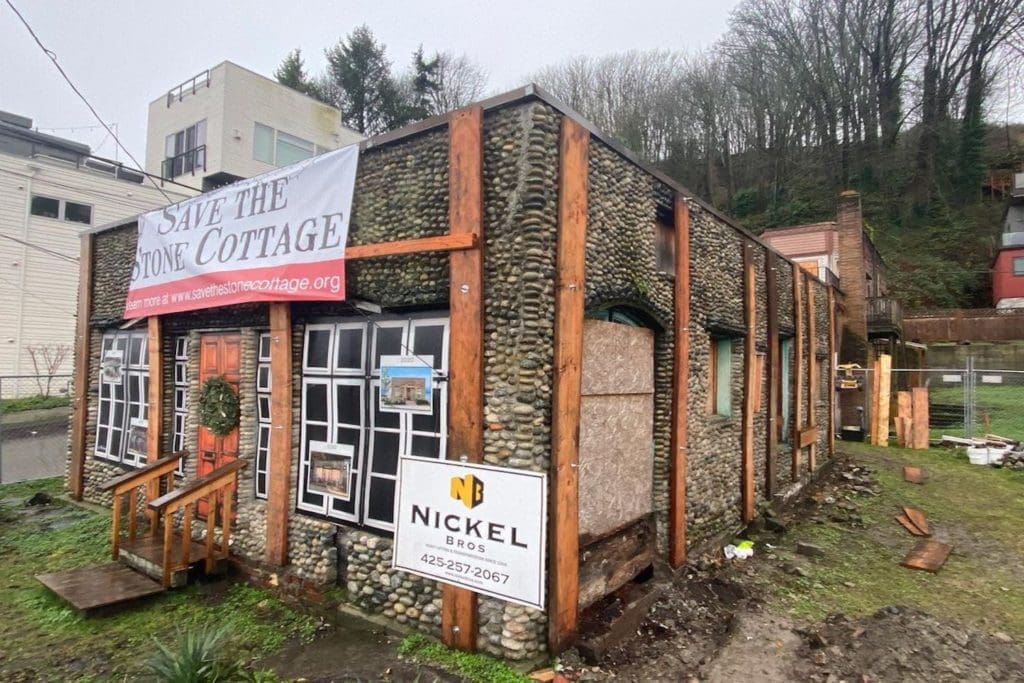 To learn how you can help, visit: https://savethestonecottage.org/

West Coast Self-Storage Group is a self-storage property management, acquisition, and development company headquartered in Everett, WA.  The company currently has 77 managed and owned locations with fifty-six stores in Washington, twelve stores in Oregon, and nine stores in California. The links to their websites are WestCoastSelfStorage.com and SelfStoragePropertyManagement.com.