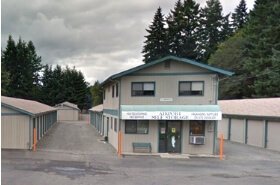 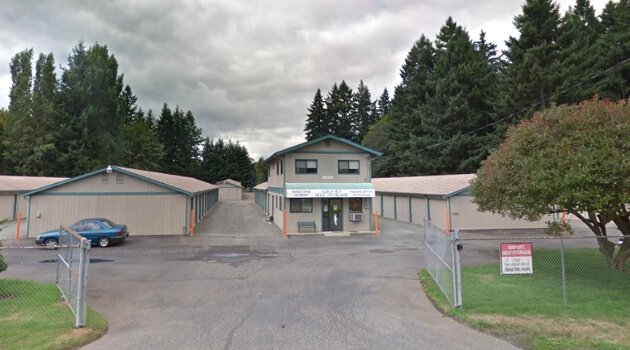 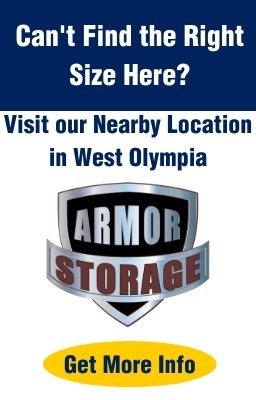 About Airport Self Storage

Welcome to Airport Self Storage! We’re the leader in storage for the tri-city area including Tumwater, Lacey, and Olympia.
As the name implies, we’re located just east of the Olympia Regional Airport near the corner of Old Highway 99 SE and Henderson Blvd in Olympia, WA. We’ve been serving Thurston County for over 27 years. That means we know storage. We know what you can fit into each size storage unit, and we know the best way to maximize the space in your unit. Give us a call and let us know what you’ve got to store. We’ll help you figure out exactly what you need. You can choose from heated or unheated spaces in a variety of size configurations. And you only rent on a month-to-month basis, so you’re not tied into any long-term contract.

Reasons to Store with Airport Self Storage

Tumwater is the oldest permanent American settlement on the Puget Sound. Its name comes from the Chinook word meaning waterfall. The original inhabitants of the area were Coastal Salish Indian groups comprised of tribes now known as the Nisqually, Squaxin Island, and Chehalis tribes. They were drawn to the area because of the abundance of shellfish in the many inlets of the Sound as well as the great quantities of salmon in the area rivers. The first American settlers came in 1845, led by Michael T. Simmons, who settled the area. The Simmons party cut a wagon trail that became the northern branch of the Oregon Trail. The original name given to the city was New Market, but by 1863 the name had changed to Tumwater. The area’s growth is attributed to its close proximity to the Deschutes River and its power-generating capabilities. In addition, easy access to the Sound made for good transportation and communication channels. This, combined with plentiful timber in the area gave rise to sawmills, which further grew the area.

Things to Do in Tumwater, Washington

Today, the city has over 17,000 residents and features a wide variety of activities for residents and visitors to do. Tumwater features a number of local parks offering hiking, biking, fishing and boating. There is also an historic district containing some of the original homes built in the area such as the Crosby House, Henderson House, and the Schmidt House. The city also features the Olympic Flight Museum, a non-profit organization that has a fine collection of vintage aircraft. May through September, the city hosts the Tumwater Farmers Market. Tumwater is also home to the Tumwater Valley Golf Course, featuring 20 holes of championship-caliber golf.