How can a business do something good for the environment and still benefit themselves? 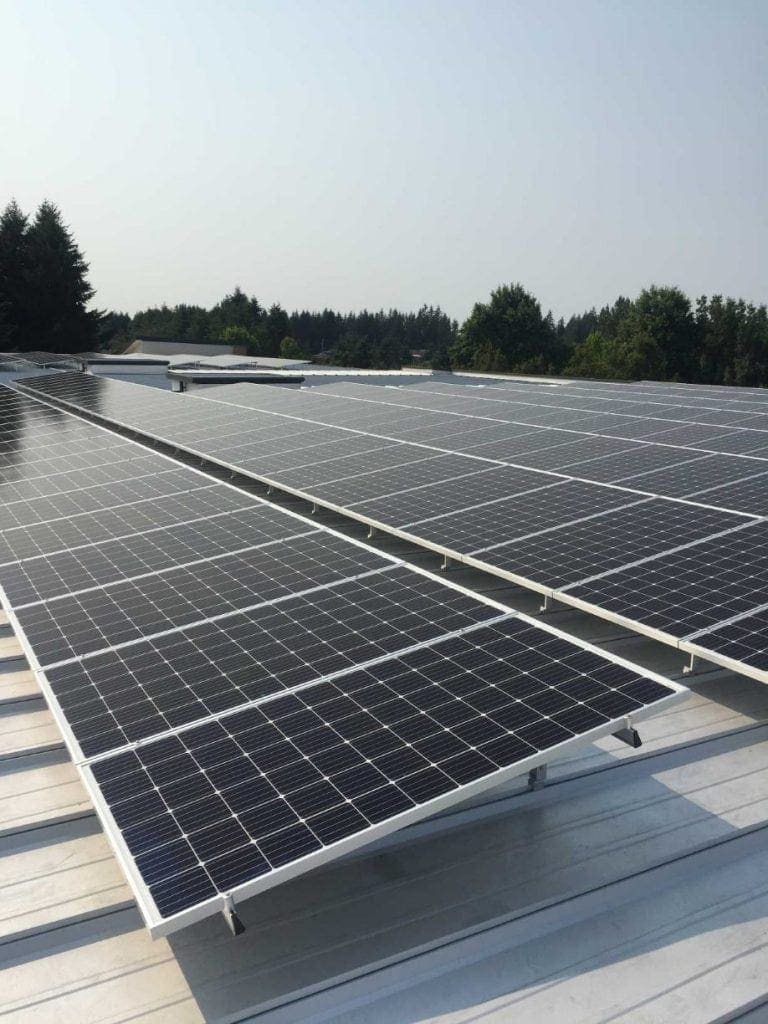 Jeff Powell of Prime Development Group, Managing Member of College Point Storage in Lacey, Washington, wanted to do something to decrease their storage facility’s carbon footprint while at the same time cutting their annual energy costs. His solution? Install solar panels. The investment is about to pay off in a major way.

“Whenever we can, we try to be as sustainable and environmentally-conscious as we can with our projects. With College Point, we had a large building with ample roof space, which made it very conducive to installing solar panels.”

After talking with several solar panel companies, they settled on A&R Solar of Seattle due to their experience and local presence.

“A&R Solar was extremely attentive when listening to our needs. They explained every step of the process thoroughly, which made us comfortable going with them,” said Powell.

“We estimate that the first-year energy savings will amount to over $11,000, with additional savings in subsequent years due to future utility rate increases,” stated Nesbitt.

Nesbitt went on to say that the facility will be able to export excess energy obtained in the summer months back to the electric grid, a process known as “net metering.” The result would be a credit on their utility bill.

Powell explained that putting in solar panels made sense for a variety of reasons. In addition to cutting their annual electrical bill to less than $4,000 per year, the current tax structure is allowing them to depreciate 100% of the project. Plus, since they went with a Washington state solar panel manufacturer (Itek Energy in Bellingham, Washington), they were able to get favorable financing for the project.

The project itself involved the installation of a 120-kilowatt solar panel system consisting of a series of 360-watt, 72-cell photovoltaic panels. With the College Point Storage facility main building encompassing 90,000 sq. ft., that amounted to a total of 334 solar panels. Powell stated that the whole project took roughly three months from initial planning to completion, with the actual installation only taking three weeks.

In addition to energy savings and environmental benefits, the solar panels have a number of other benefits. They protect the underlying roof while providing a thermal break, which extends the roof life. This also results in a cooling effect for the building during the summer months.  In the future, the energy created by the panels could be stored in on-site batteries, to be used in the event of power outage.

Very little maintenance needs to be done on the panels, according to Nesbitt. With the amount of rainfall the Lacey area gets, the solar panels will typically stay clean. He does recommend an annual cleaning with a green cleaner to remove any residual buildup.

Powell said that community partners made the project doable. “Puget Sound Energy (PSE) was great to work with and it made for a cohesive and seamless process.” He went on to say that he hopes that other businesses in the Lacey and Tacoma areas can look to College Point Storage as a poster child for showing how simple and beneficial the process of incorporating solar energy into a business can be.

Here is a drone video of the finished solar installation by A&R Solar.