How to Live Without Air Conditioning 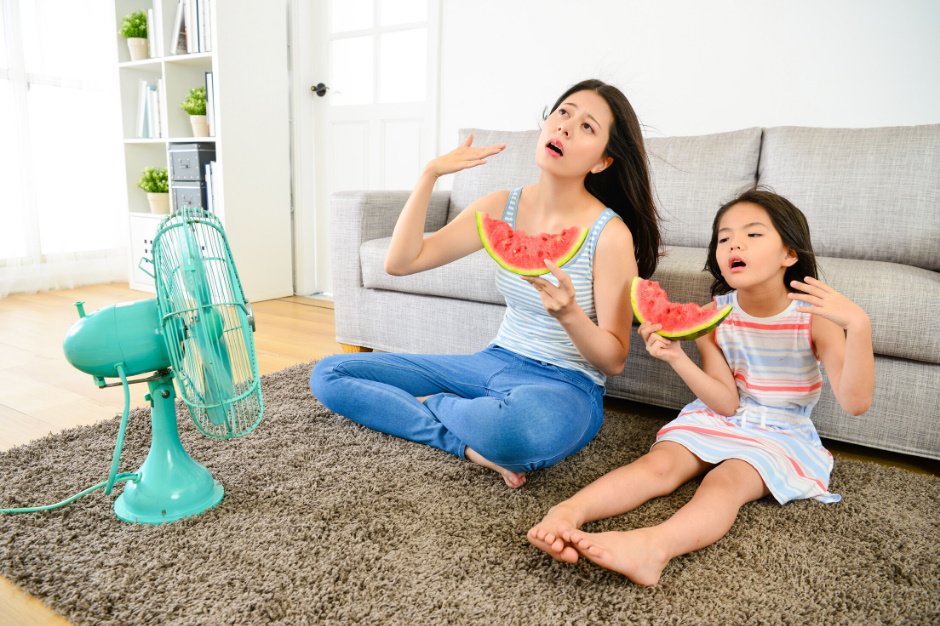 It’s no secret that summer is a fantastic season. I could go on and on about how nice summer is in the Pacific Northwest. (3 months of perfectly sunny weather sound good?) But not everything about summer is great. On those particularly hot days reaching into the 90s or even 100s, if you don’t have air conditioning, the temperature of your apartment can get quite out of hand. Here are a few ideas to mitigate the heat and let you relax, sleep, and live without air conditioning.

Window treatments such as awnings, blinds and curtains are not only great for creating a unified look to your home. They can also be a way to decrease the amount of heat entering your home. 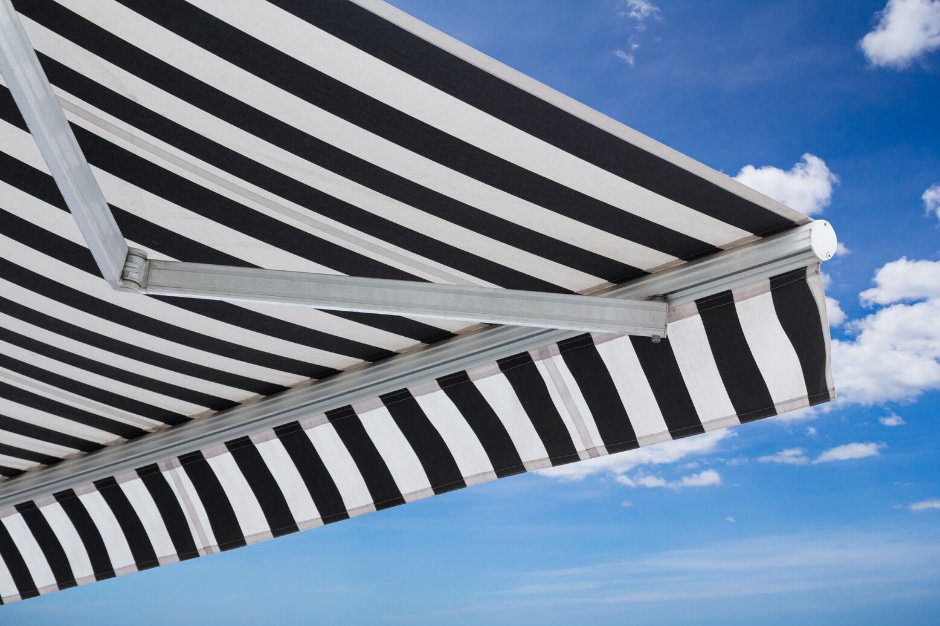 Installing awnings or shade sails on south or west facing windows can reduce solar heat gain by 65-77%. What’s more, today’s awnings are made of water– and mildew-resistant materials, which will give you many more years of life and lower maintenance. Blinds, whether installed internally or externally, also a good way to decrease heat. Interior blinds, especially those that have a reflective surface, can reduce heat gain by as much as 45% when the blinds are fully closed and the slats folded completely flat. If you can’t get your blinds to cooperate, you may want to consider pointing them up toward a light-colored ceiling. This will diffuse the light and corresponding heat somewhat. Drapes are also an effective way to keep those solar rays from heating up your house. Notice that I didn’t say curtains. Curtains are typically made using a lighter fabric and are not lined, so they won’t block out light (or much heat.)  Medium-colored draperies with white-plastic backings have been shown to diminish heat by 33%. And because they have pleats, drapes also stay cooler in the summer than other window treatments. 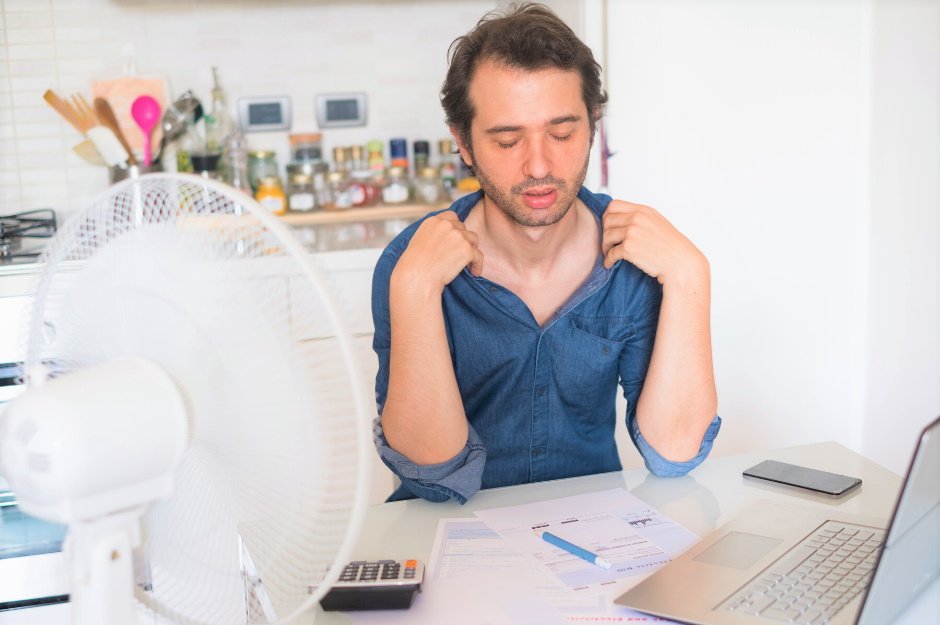 It’s not a big secret that fans can be an effective way to cool things down in your home. But you’ll want to do it right.

For portable room fans, you might think that pointing the fan right at you would be the most effective way to keep yourself cool, especially at night. But PNCC Eco Design Adviser, Nelson Lebo, advises a different approach. He suggests setting your fan up in another room and aiming it out the window.  Then open a window in the room you’re trying to cool. This will create a through-draft that will lower the temperature. He also advises closing doors and windows during the day to keep the heat out.

Ceiling fans can also be effective in keeping you cooler. They work by moving air over your skin, taking away boundary heat, the layer of heat that surrounds your body at all times. To be most effective, the ceiling fan should be placed in rooms that have a minimum of an 8-foot ceiling. They also need to be going in the direction that will push air down, rather than sucking it up. If you’re purchasing a ceiling fan, bigger is better. Fans with a diameter of 36- to 44-inches will be able to cool rooms up to 225-square feet. While the jury is still out on these two cooling mechanisms, they are something to consider. A whole house fan is typically mounted in the ceiling between the living area and attic. It draws warm/hot air from below and exhausts it through the attic’s vents. A whole house fan is most effective during the evening hours when the outside temperature has dropped below the temperature in the house. Whole house fans also use much less energy than a central air conditioning system.

An attic fan is typically mounted so that it vents out the gable-end of an attic. It reduces home heat by preventing hot attic air from being transferred to the living space below. Many sites advise against using this type of fan, because it can create a situation where the fan is drawing cool air from the living space below to replace attic air that it has replaced.

Turn off the Stove or Oven

If you live in a smaller apartment or home, the heat energy created by using your stove or oven can be enough to significantly raise the temperature of your living space. If you can, use an outdoor grill or eat foods that don’t require these devices such as salads or sandwiches. 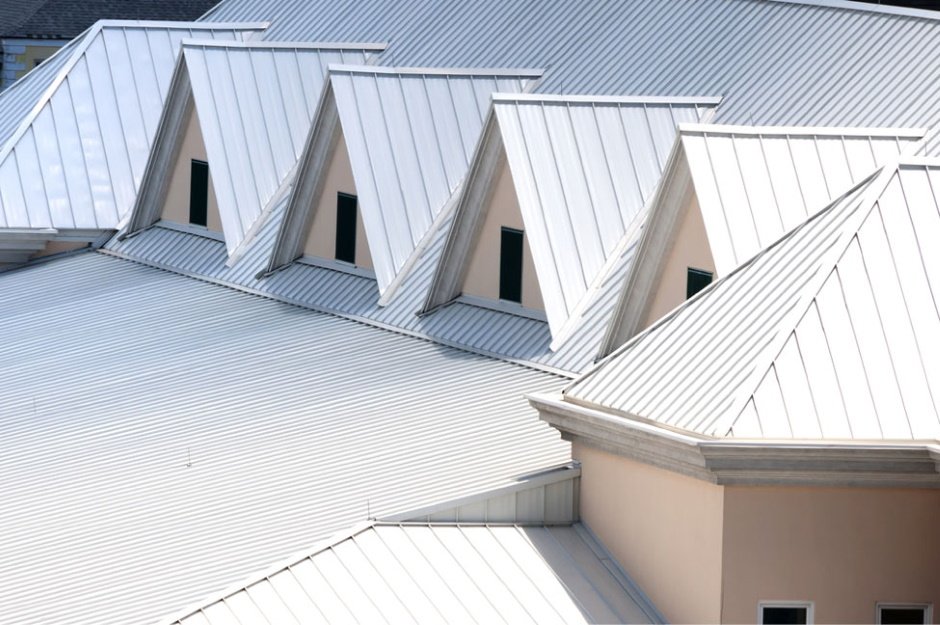 Cool Roofs, also known as White Roofs, are designed to reflect more sunlight and absorb less heat than a traditional roof. They can be made of a reflective sheeting or shingles, or can come in the form of reflective paint. A good study on the positive effects of cool roofs can be found here.

By using one or more of these suggestions, you’ll be able to keep your home cool and be able to get a good night’s sleep.