However, first things first. The question you should be asking yourself is this: Is it “donut” or “doughnut”? According to Writing Explained, the original and correct spelling is doughnut, which came into the lexicon in the early 1800s. The word “donut” is actually a contraction of the original word that started to appear in the late 1800s. But for fun, I will reference both spellings in this article.

Without further ado, let’s get down to it.

Top of The Hill Café 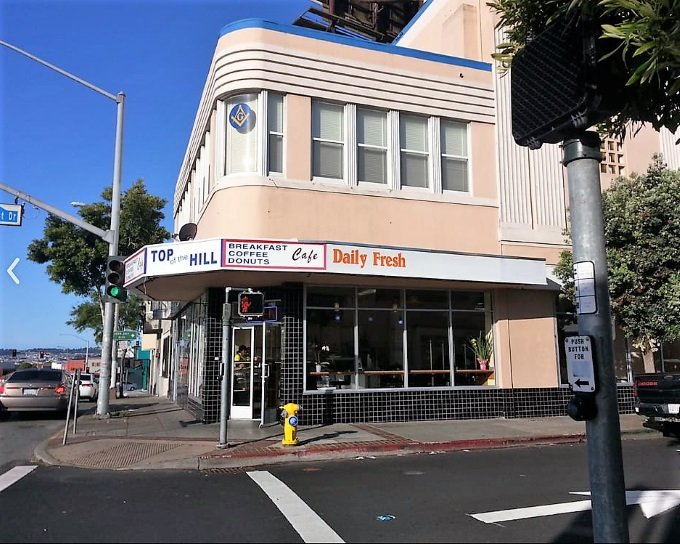 At the top of our list is Top of the Hill Donuts (I’m sorry…just one more pun.) Located at the corner of Mission St and Hillcrest Drive, Top of the Hill Café may not look like much from the outside, but it’s what inside that counts. The first thing that grabs your attention is the well-lit doughnut case with three levels of gooey goodness. All the donut varietals are represented here, from your standard glazed, long johns, jelly-filled, donut holes, and cinnamon twists, to bear claws, fritters, and crumb cake donuts. The doughnuts are made fresh daily and the prices are reasonable. Customers also rave about their coffee. In addition to donuts, Top of the Hill features basic breakfast and lunch menus. And for some reason, they also have a refrigeration case selling waters, sodas, and other drinks.  Customers don’t seem to mind that it’s not an upscale place. Kristi S. says, “Great little hole in the wall. Nothing fancy decor wise, but who cares.” 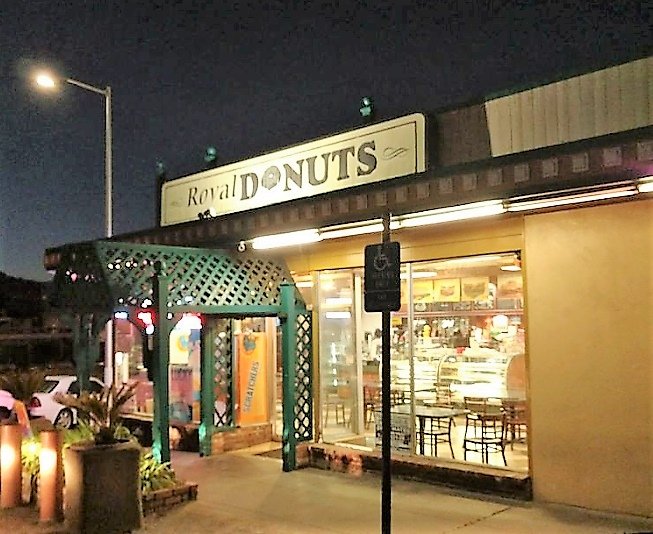 If you live in Daly City, you’ve no doubt heard of Royal Donuts. But make sure you’re not confusing the original Royal Donuts with the other one on Skyline. The original Royal Donut is located at 7438 Mission St a block south of E Market St. and has been a donut shop since the 60s. As the picture suggests, the building has seen better days, but the fans of this place rave over how great the donuts are.  Along with the usual doughnuts, you’ll find tasty treats such as a delicious Maple Bacon doughnut.  Other delights include almond croissants, strawberry jam cronut, and blueberry and pineapple fritters. The shop is open 24 hours as well. Customers say the prices are cheap and doughnuts are larger than Krispy Kreme too.

Happy Donuts is another on the list of donuts shops in Daly City. While again it’s nothing to look at from the outside (it’s located in a strip mall next to a laundromat and a liquor store), it sure gets some love on the internet with a 4.5 (out of 5) star rating on Yelp. One customer says, “This is a small hole in the wall Mom and Pop donut shop but in reality, is a hidden gem!” Happy offers a standard selection of donuts as well as great sandwiches and boba milk tea. 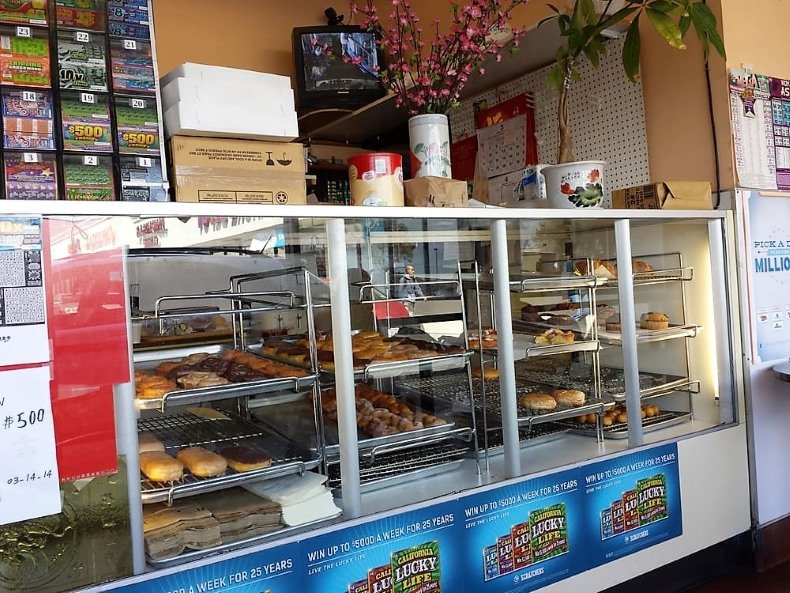 While not the most original name for a donut shop, you definitely know what you’re getting when you go here. Donuts! Jelly Donut doesn’t get a lot of love online, but that’s just because they don’t have a lot of reviews. And some reviews are very good. Located, at the corner of W Market St and Allemany St in the heart of Daly City, Jelly makes their donuts fresh every day. They also have very good coffee according to the reviews. Plus, you can purchase your lottery tickets on site!

So, as you can see there are several choices for donuts in Daly City. Why not make a day of it and have a donut at each location? Then we recommend a good, long run afterward. If you’re in the neighborhood, stop by our new storage facility, West Coast Self-Storage Daly City and say hi. Enjoy!