If you live in or are visiting Carlsbad or Oceanside, you should really consider going wine tasting. The area has a number of fantastic wineries with a wide variety of wines to choose from. The vineyards in this area are spectacular with great views of the mountains and ocean. We’ve compiled what we think are the 10 best wineries in Carlsbad. 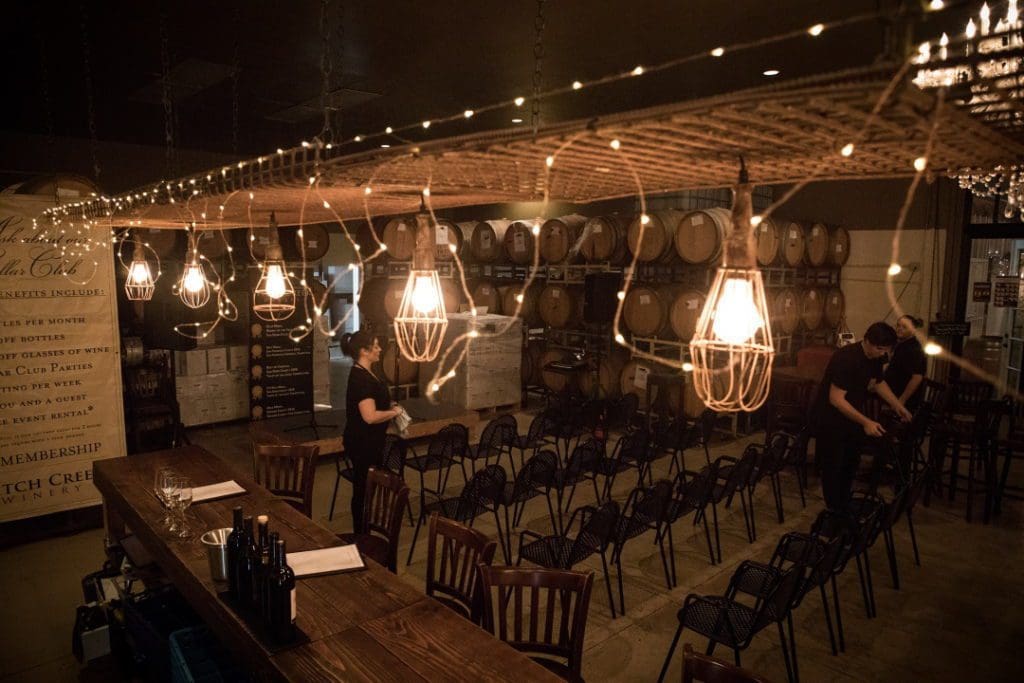 Witch Creek Winery lays claim to being the oldest urban winery in the San Diego area. It was founded in 1993 by Dave and Kathy Wodehouse along with Dave’ s brother Rich Koziell just outside of Julian, California. The winery relocated to Carlsbad in 1996. They pride themselves on making easy drinking, high quality wines in a range of varietals including cabernet sauvignon, merlot, teroldego, and barbera. The winery states that all of its wines are “natural” meaning they don’t use additives as they ferment their wines or filter the wines prior to bottling. The winery features a wine tasting room in downtown Carlsbad that serves wine and food. They often have live music and art displays as well. The also have a “Cellar Club” that you can join, which gives you two bottles of wine each month and 20% off wine, food, and merchandise. 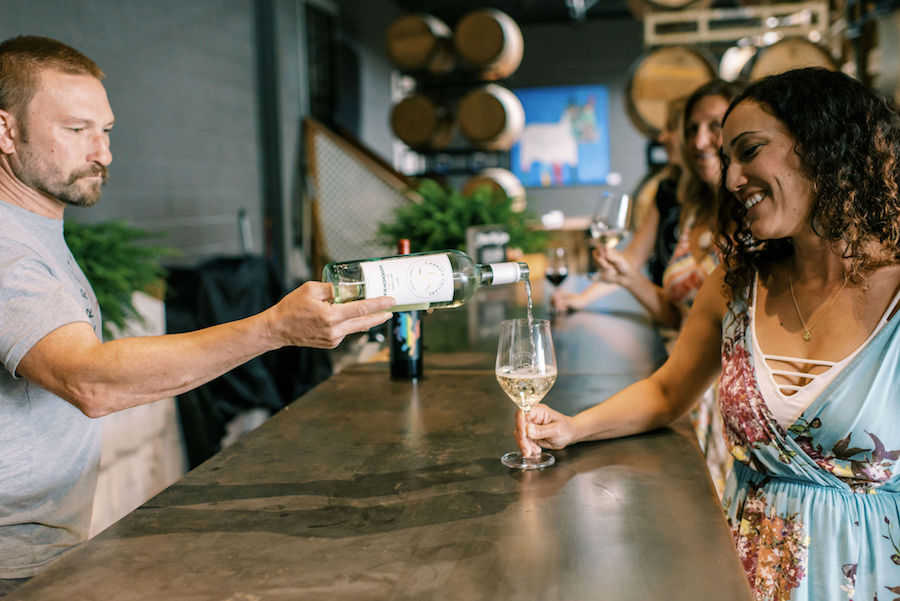 Carruth Cellars is another of the area’s urban wineries, meaning they source grapes from vineyards throughout Northern and Central California and make the wines in their winery in downtown Carlsbad. Adam Carruth, the owner and winemaker, started making wine in his backyard in 2001. His passion and business grew to the point in 2006 when Carruth Cellars was born. Wines created here run the gambit from whites such as sauvignon blanc, pinot noir rosé, and chardonnay, to reds including pinot noir, grenache, sangiovese, tempranillo, merlot, zinfandel, and others. Their wines have picked up a number of awards over the years. Carruth Cellars has 3 tasting rooms – downtown Carlsbad, Solana Beach, and in San Diego, each featuring wine and charcuterie options to be enjoyed on outdoor patios, indoors with limited seating, or for pick-up. 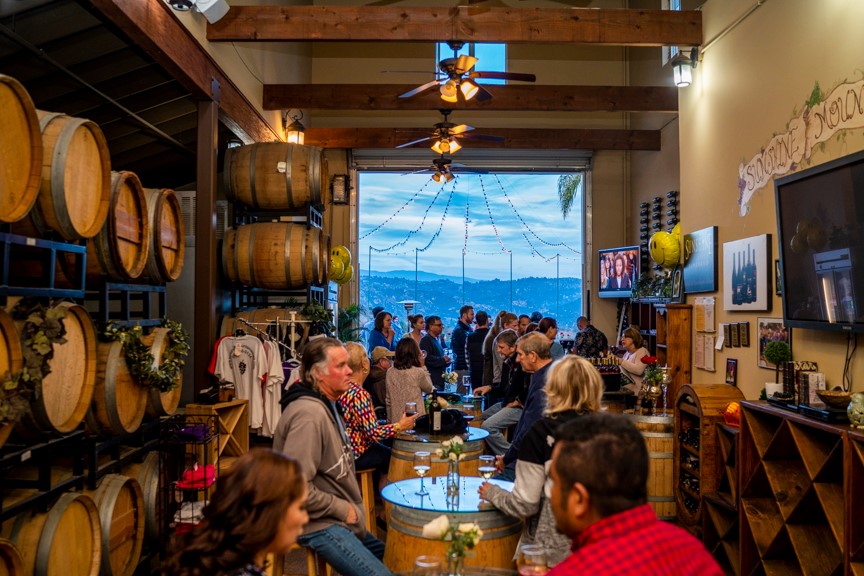 Sunshine Mountain Vineyard was started in 2011 by Claire and Ed Kruger using four core principles, Family Focus, Local Flavor, the Earth Provides, and Technique Triumphs. The vineyard itself encompasses 10 acres and is located at the southern end of the San Marcos mountains east of Carlsbad. Red wines created include Sunshine Cuvee Red Blend, Cabernet Sauvignon, Cab Franc, Zinfandel, and Syrah. Whites include Chardonnay and Viognier. They also offer two Rosés. The wine is stored in three earthen caves dug out from the mountain. The winery has a tasting room and private events can be booked for up to 150 guests. Their wine clubs allows you to get 4 bottles per quarter at a discount. 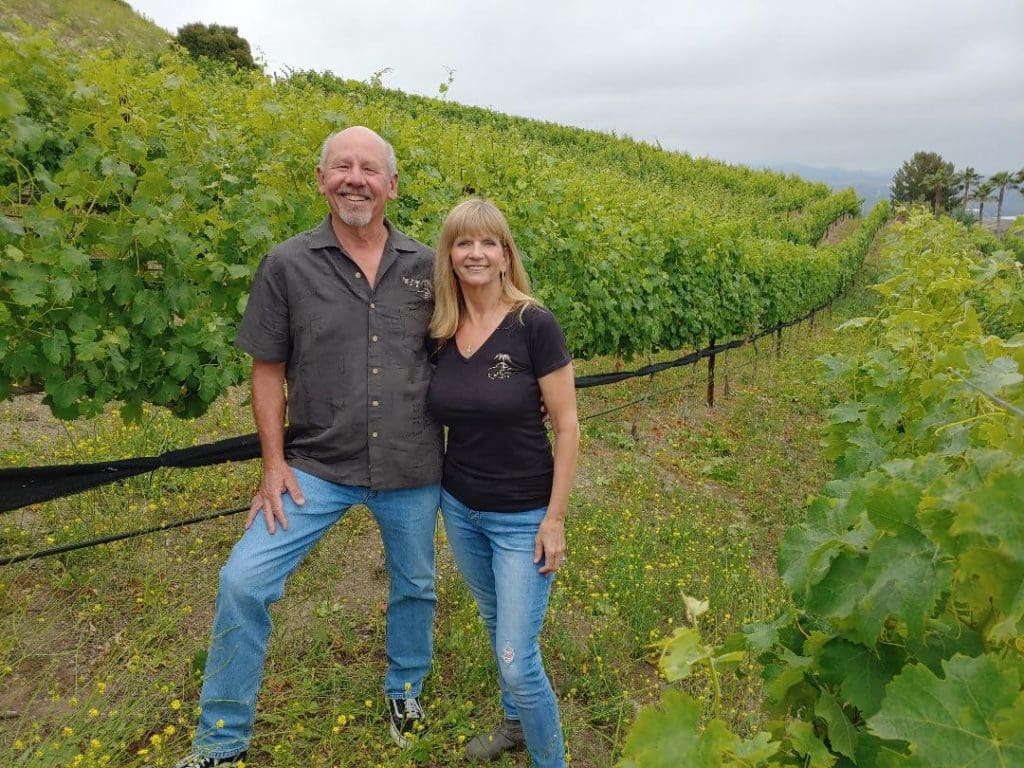 Beach House Winery is a family run business located on the ridgeline of the “Sleeping Indian” in South Morro Hills in Oceanside, California. Owners George and Kim Murray had a passion for wine making that started out as a hobby in 1998 to a becoming the first vineyard/winery in the area in 2010. The winery makes a wide range of wines with varietals including Zinfandel, Barbera, Melange, Merlot, Petite Sirah, Montepulciano, Cab Franc and others.  Their beach house is located just blocks from one of Oceanside’s best beaches and offers panoramic views of the Pacific Ocean and North County. Wine tastings are available by appointment and you can purchase wine via their website or by enrolling in their wine club. Beach House Winery is open Saturdays and Sundays from Noon to 4pm, with no appointment needed during those hours. 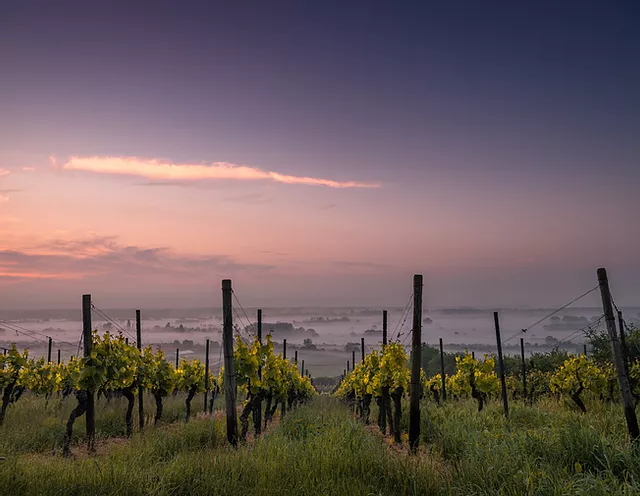 Brooking Vineyards has a unique heritage. Owner Eric Brooking had tried growing a number of different agricultural products on his family’s property including avocados, macadamia nuts, and limes, but his fourth effort, grapes, is the one that worked best. In particular, Mission grapes, which are needed to make a type of wine known as Angelica. Angelica is a fortified wine that was once made by local friars in the missions of Northern San Diego County. In 2010, Eric planted those first vines on his 6-acre property. In 2014, Eric created his first wines and entered them into 2014 San Diego County Fair. Much to his surprise he won 5 gold medals. His wines include Estate Tempranillo Angelica, a bold traditional wine, and the Estate Muscat Canelli Angelica, a white Angelica. Tours are offered by reservation and the vineyard offers a wine club for membership. 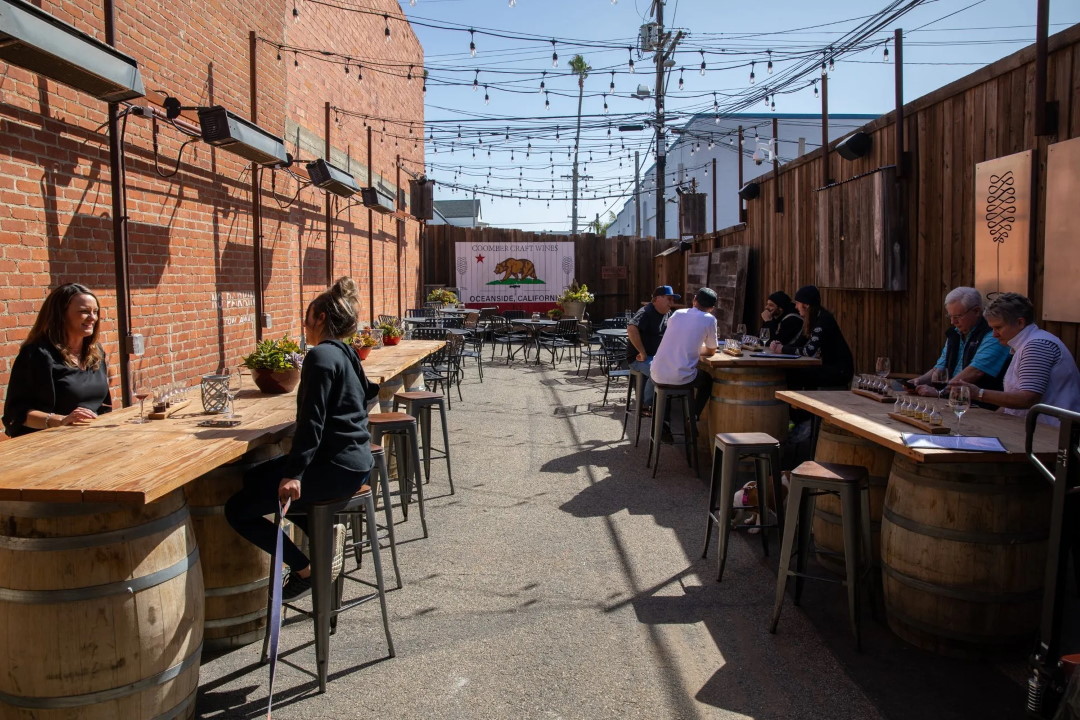 Coomber Craft Wines was found in 2008 by Skip and Maureen Coomber along with 6 other investors in their winemaking facility in Santa Barbara. In 2019, they opened their Oceanside Urban Winery and Tasting Room.

The winery makes a variety of wines including chardonnay, pinot noir, cabernet sauvignon, riesling, gewurztraminer, zinfandel, among others. The company recently opened its Urban Winery and Tasting Room in downtown Oceanside, which features their wines along with live music. They also feature a once-a-month yoga class called UnWined. 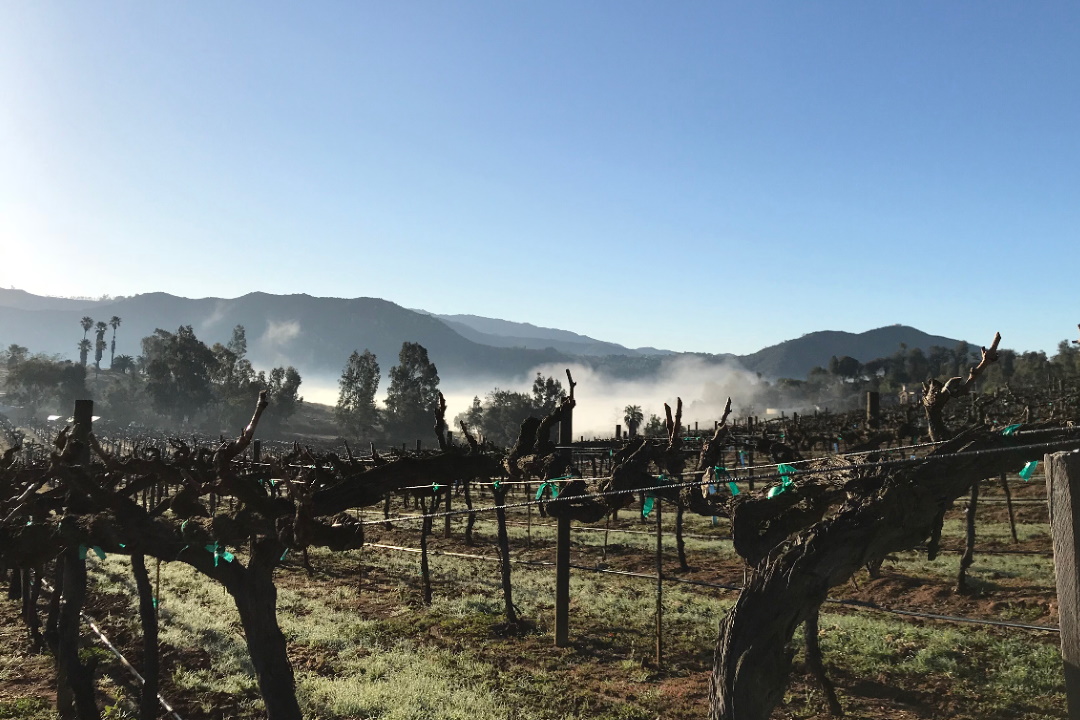 Orlifa Vineyards was founded in 1994 and is located south of downtown Escondido in the San Pascqual Valley.  Their main tasting room and patio sits on a 70-acre estate. They also have a tasting room in downtown Oceanside. The vineyard produces critically acclaimed wines using Italian and French varietals, including those from the Rhône Valley, Burgundy and Bordeaux. Wines include syrah, merlot, and cabernet sauvignon, among others. Winemaker Justin Mund sources grapes from Sonoma, San Luis Obispo, and Santa Barbara County vineyards.  Orfila Vineyards is one of the more decorated vineyards in the area having won more than 1,300 medals in national and international competitions since their founding. 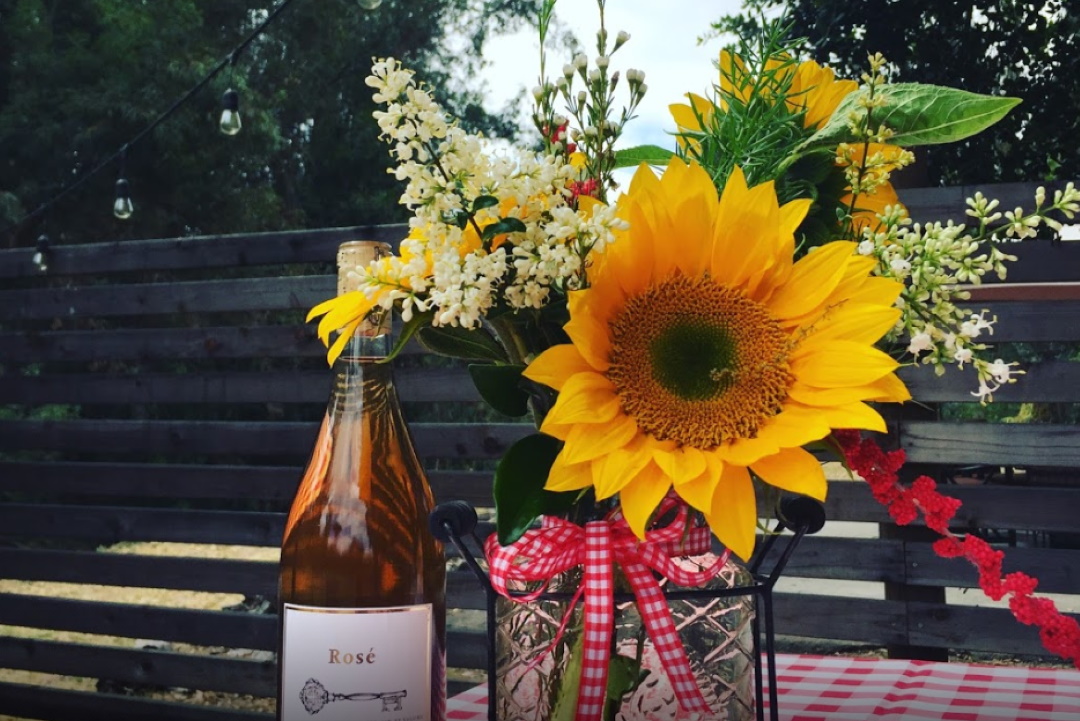 Keys Creek Winery is a boutique winery located in the North Ridge region of Escondido, just west of Daley Ranch Conservation area.  Founded in 2012, the winery focuses on single vineyard, estate-grown varietals including cabernet sauvignon, syrah, sangiovese, zinfandel, and others. The business is family owned and now has two vineyards, Reidy Creek and Keys Creek. Keys Creek Winery is currently closed to tastings due to the pandemic, but they do offer a wine club. 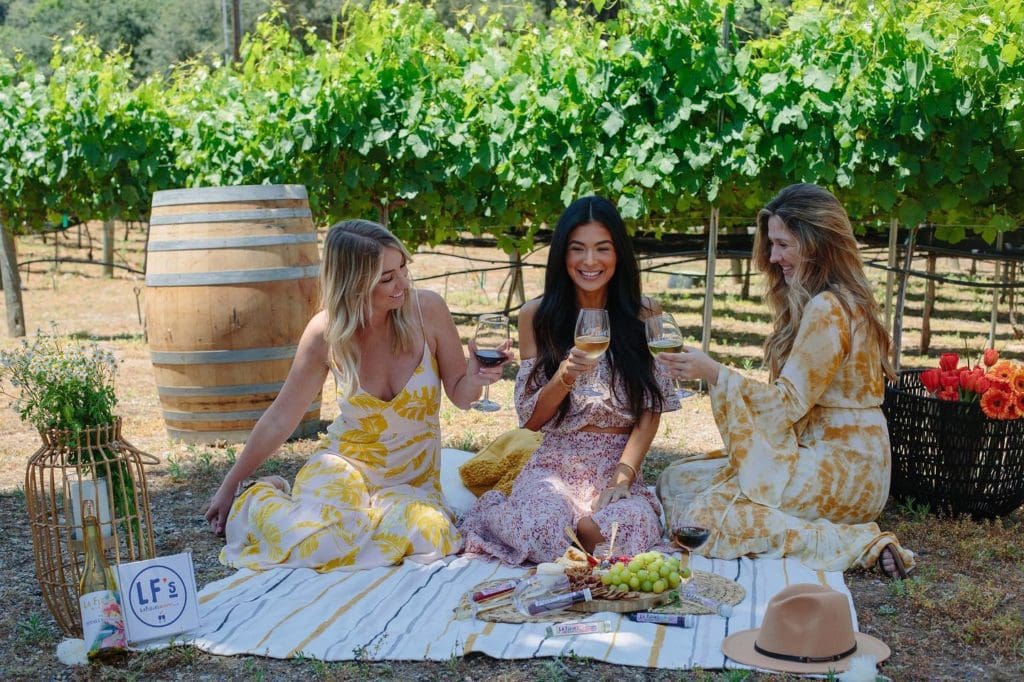 La Fleur’s Winery opened in 2014 by Dave and Dana La Fleur, along with their daughter Kayla Thomas. Their vineyard is located in the fertile soils of the Hidden Valley Escondido area and is grows petit syrah, zinfandel, and cabernet grapes. Their wines include several blends, cab francs, merlot, giornata, malbec, petite sirah, sangiovese, and more. Philanthropy is a big part of their business. For every bottle and glass sold, a portion of their sales is donated to local charities. According to their website, they are fully open for dine-in, pick-up, and curbside service. La Fleur’s also has a wine club that offers their featured bottle of the month, VIP tastings, exclusive discounts and more. 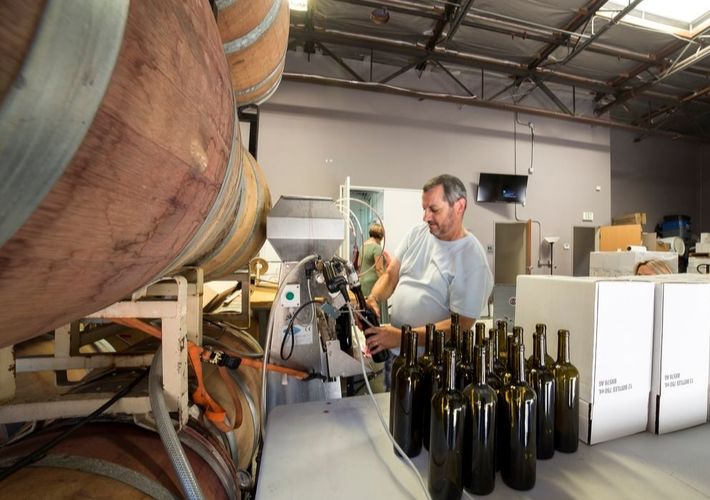 2Plank Vineyards was founded in 2009 by David Bridgeman and Jason Wimp. Their vineyard is named for the original skiers that pioneered the sport and were called “2 Plankers.” Their vineyard is planted at 1,100 feet near the Santa Margarita River gab, which provides daily maritime breezes that help with slow fruit maturation. The soil comprised of red volcanic rock, shale, and limestone, which lends itself well to producing different varietals including the original Grenache, Syrah, Marsanne and Roussanne, and, since 2009, Chardonnay, Cabernet, and Zinfandel. In 2016 the vineyard opened their tasting room in Vista and are currently offering tastings Fridays-Sundays. They can also host private events and have a wine club. You can also purchase wine through their website.